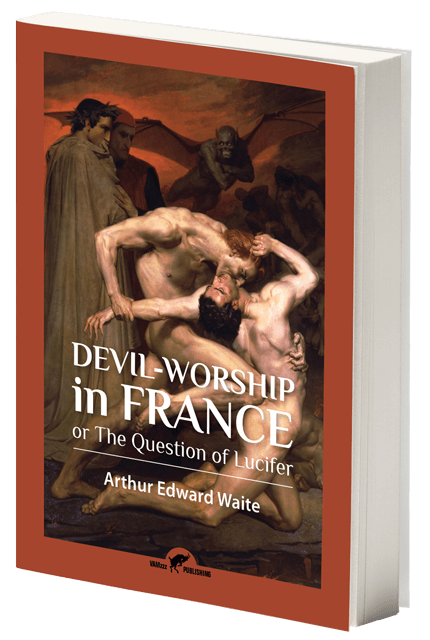 In Devil-Worship in France, Waite attempts to discern what is genuine from what is fake in the evidence of 19th century Satanism. To get the answers he spends a great deal of time investigating the French Masonic echelon, debunking a “conspiracy of falsehood” and determining what should be understood by Satanism and what not. Huysmans’ diabolical novel Là-Bas (1891) inspired Waite to write this sceptical analysis. His main motive to write this book, however, could very well have been its use as a lubricant for a Masonic career.

Waite took a leading role in a counterattack, after French rumour spreaders had accused Golden Dawn founders William Wynn Westcott and MacGregor Mathers of being chief Lucifer-worshippers. This was much appreciated by them. In the end, Waite’s Devil-Worship in France debunked the whole accusation affair - and this a year before Gabriel Jogand Pages (Leo Taxil in the book) admitted the allegations were indeed a hoax.

Arthur Edward Waite (1857 - 1942) was a scholarly mystic, Freemason, Rosicrucian and Golden Dawn member who wrote extensively on occult and esoteric matters, mostly in academic style. A certain irony is glued to this book forever, as it was Edward Arthur Waite, who showed Aleister Crowley “The Way” when he advised the Beast 666 to read Eckhartshausen’s Cloud upon the Sanctuary, about the mysterious hidden church inside the visible church, when his foe in later days had just finished reading Waite’s Book of Black Magic and Pacts…

Arthur Edward Waite (2 October 1857 – 19 May 1942), commonly known as A. E. Waite, was an American-born British poet and scholarly mystic who wrote extensively on occult and esoteric matters. ‘Waite was the first to attempt a systematic study of the history of western occultism—viewed as a spiritual tradition rather than as aspects of proto-science or as the pathology of religion’ (R.A. Gilbert).

During his lifetime Waite was severely criticized for his peculiarities of style, frequent errors of historical fact and disrespectful references to his contemporaries. He was also a highly original thinker who broke completely new ground with his studies of what he termed the ‘Secret Tradition’. For the esoteric school of thought within Freemasonry, he has been the most pervasive and powerful influence of the 20th century. Also, it was Edward Arthur Waite, who showed Aleister Crowley “The Way”. When his foe in later days had just finished reading Waite’s Book of Black Magic and Pacts, and Crowley didn’t know what to do with his life, he advised the aspirant Beast 666 to read Eckhartshausen’s Cloud upon the Sanctuary, about the mysterious hidden church inside the visible church.

Read more about Waite in the Post Scriptum of Devil-worship in France.

Devil-worship in France
or The Question of Lucifer

‘In the occult scene, A.E. Waite was a figure of controversy and was both admired and despised.’ 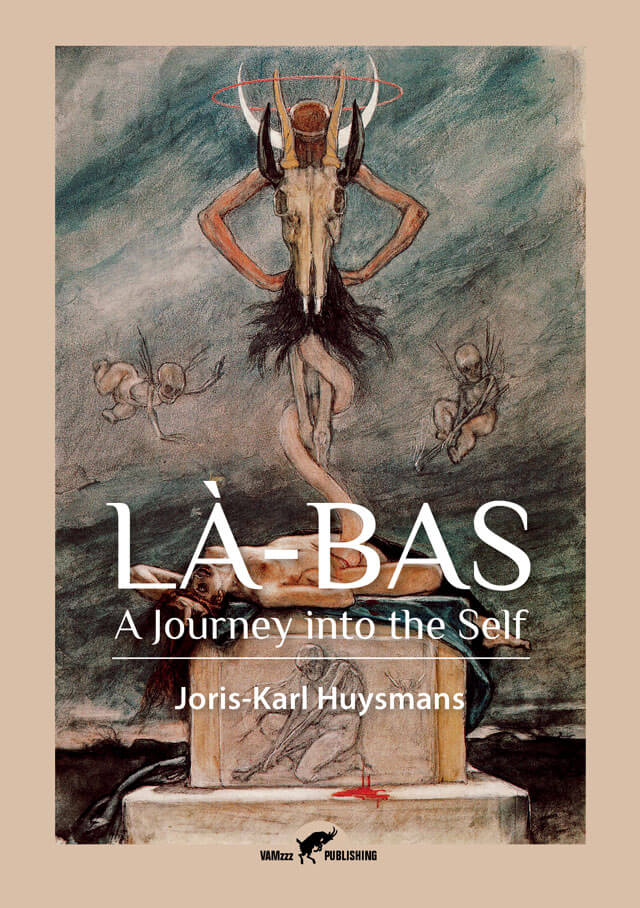 Là-Bas
A Journey into the Self
by Joris-Karl Huysmans
378 pages, Paperback

The plot of Là-Bas concerns the novelist Durtal, who is disgusted by the emptiness and vulgarity of the modern world. He seeks relief by turning to the study of the Middle Ages. Through his contacts in Paris, Durtal discovers that Satanism is not a thing of the past but alive and kicking in turn of the century France. The novel culminates with a description of a black mass. (Occult fiction.)