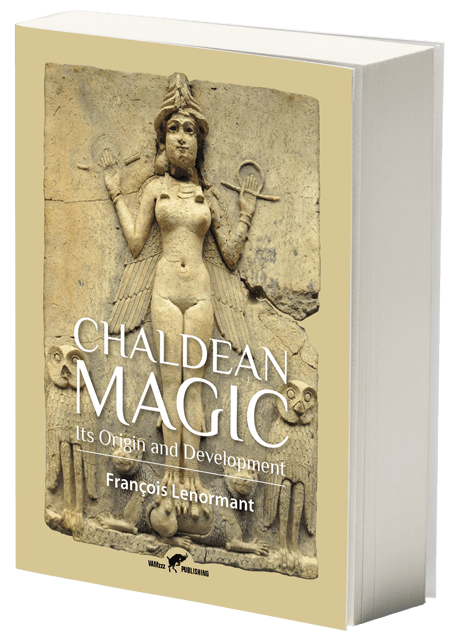 The essentials of magic in Chaldea

La Magie chez Les Chaldeens, of which this present volume is an enlarged English edition, was issued in the autumn of 1874. It was preceded by Les Premieres Civilisations and closely followed in 1875 by La Divination et la Science des Présages. All these works possess the same characteristic feature: the exposition of Assyrian thought, as evidenced by the language of the cuneiform inscriptions themselves.

Lenormant had revised his book to such an extend, he regarded Chaldean Magic not as a translation, but as a publication on its own. The essentials of magic in Chaldea are presented within the context of comparison or contrast to Egyptian, Median, Turanian, Finno-Tartarian and Akkadian magic, mythologies, religion and speech. Interesting is the Chaldean demonology, with its incubus, succubus, vampire,
nightmare and many Elemental spirits, most of them coalesced with the primal powers of nature.

Chaldean Magic dwells on the threshold of predating sjamanistic lore and the later systemization of the occult. This makes the work of Lenormant an invaluable and fascinating source for both the academic and the modern occultist.

François Lenormant (January 17 1837, Paris — December 9 1883, Paris), was a French archaeologist, Assyriologist and numismatist. As early as 1867 he had turned his attention to Assyrian studies and was the first to recognize, in the cuneiform inscriptions, the existence of a non-Semitic language, he named Akkadian (today it is known as Sumerian). A discovery, crucial to the understanding of Mesopotamian civilization 3000 years before the Christian era.

His father, Charles Lenormant, a well known archaeologist and Egyptologist, personally supervised his education and exercised great influence over his son’s mind and studies. He started learning Greek at the age of six, and the child responded so well to his precocious scheme of instruction, that when he was only fourteen, his first essay on the Greek tablets found at Memphis, appeared in the Revue Archéologique.

In 1856 Lenormant won the numismatic prize of the Académie des Inscriptions with an essay entitled Classification des monnaies des Lagides. In 1862 he became sub-librarian of the Institut de France. While pursuing his classical studies, he also attended lectures of the faculty of law and received his degree as licentiate in 1857.

Read more about Lenormant in the Post Scriptum of Chaldean Magic.

Chaldean Magic
Its Origin and Development

‘Lenormant started learning Greek at the age of six.’ 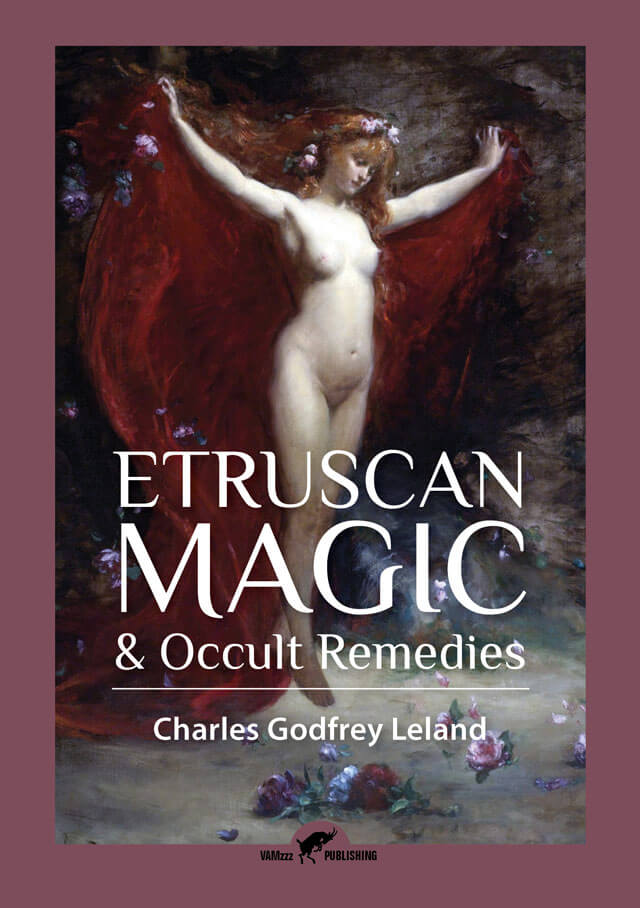 Part One of the book offers complete and detailed insight in the Etruscan and Roman rooted pantheon of the Tuscan Streghe (witches). Part Two describes many of their spells, incantations, sorcery and several lost divination methods. Much information in this book, Leland received first hand from the Tuscan witches Maddalena and Marietta.