The story of Là-Bas concerns the novelist Durtal who is disgusted by the emptiness and vulgarity of the modern world. He attempts to escape it by studying medieval topics and plans to write a biography about the 15th century murderer and devil-worshipper Gilles de Rais. Through his contacts in Paris with Dr. Johannes, (modelled after Joseph-Antoine Boullan, a French Roman Catholic priest accused of Satanism) Durtal discovers that Satanism is not a thing of the past, but alive and kicking in turn of the century France. He embarks on an investigation of the occult underworld with the help of his lover Madame Chantelouve. The novel climaxes with a description of a black mass.

Charles Marie Georges Huysmans (February 5, 1848 – May 12, 1907) was a French novelist who published his works as Joris-Karl Huysmans. Là-Bas (English: Down There or The Damned) was first published in 1891. Huysmans is now recognized as one of the most challenging and pioneering figures in European literature. Short after its publication, the sale of the book was banned on French railway stations.

Charles-Marie-Georges Huysmans (February 5, 1848 in Paris – May 12, 1907 in Paris) was a French novelist who published his works as J.K. (Joris-Karl) Huysmans. He is most famous for the novel À rebours (1884, published in English as Against the Grain or Against Nature). Huysmans was born of a French mother and a Dutch father. His father, Godfried Huysmans, was a lithographer by trade. His mother, Malvina Badin Huysmans, had been a schoolmistress. Huysmans’ father died when he was eight years old. After his mother quickly remarried, Huysmans resented his stepfather, Jules Og, a Protestant who was part-owner of a Parisian book-bindery. To underline his Dutch descent the author published under the name of Joris-Karl Huysmans. During childhood, Huysmans turned away from the Roman Catholic Church. He was unhappy at school but completed his coursework and earned a baccalauréat.

After the humiliation and the pains, he had in his early days, due to the union of his mother with Jules Og, he supported himself by a 32-year career in the French civil service, until he could fully support himself with income from his books.

Read more about Huysmans in the Post Scriptum of Là-Bas.

Là-Bas
A Journey into the Self

‘In 1846 a group of young Parisians formed a kind of Satanic meeting club and worshipped Satan every Sunday to protest against the societal and religious standards of those days.’ 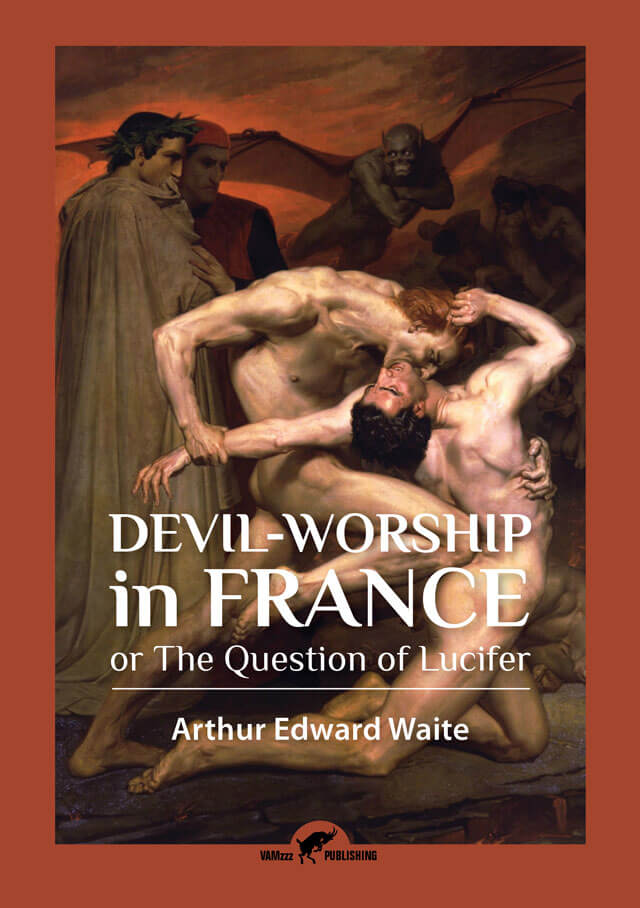 Devil-worship in France
or The Question of Lucifer
by Arthur Edward Waite
240 pages, Paperback

In Devil-Worship in France, Waite attempts to discern what is genuine from what is fake in the evidence of 19th century Satanism. To get the answers he spends a great deal of time investigating the French Masonic echelon, debunking a “conspiracy of falsehood” and determining what should be understood by Satanism and what not. Huysmans’ diabolical novel Là-Bas (1891) inspired Waite to write this sceptical analysis.